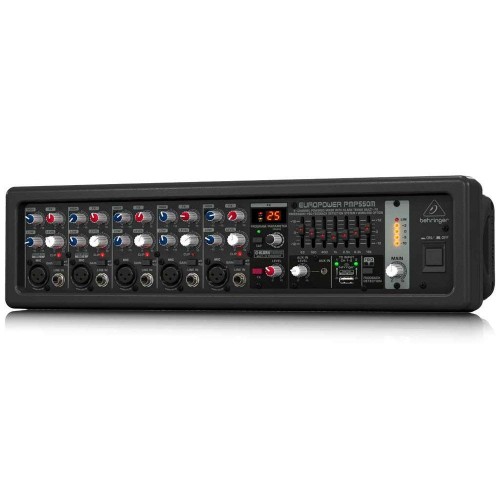 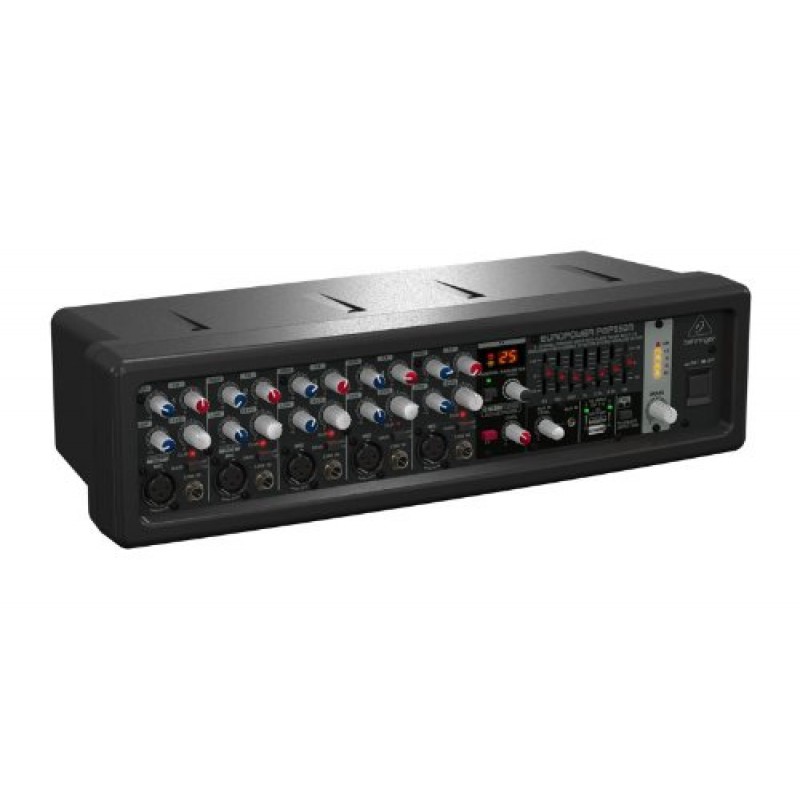 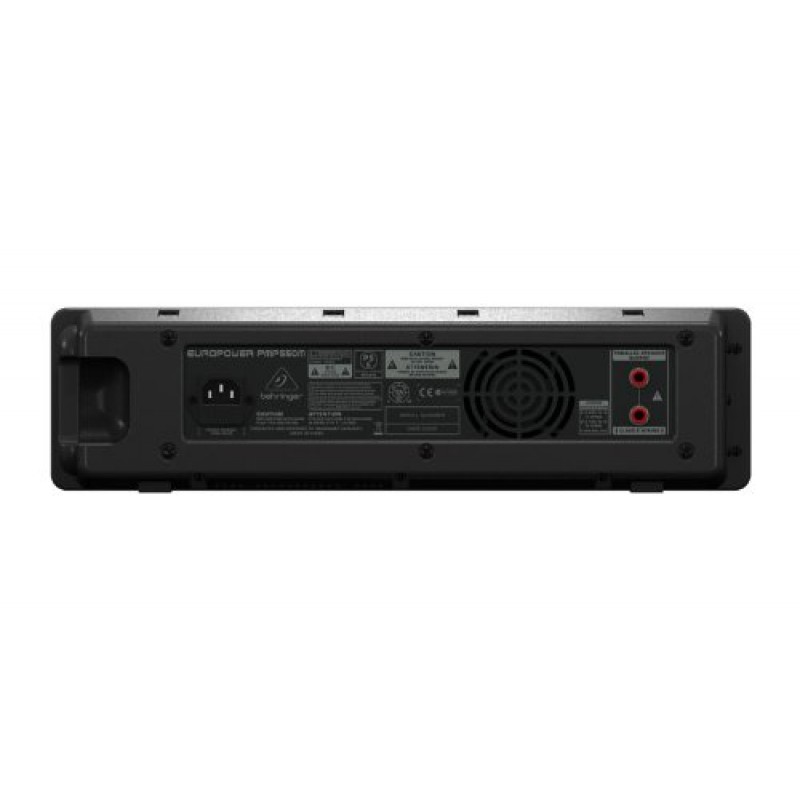 This mono 500W powered mixer gives you 5 mono channels with mic pres and an additional aux stereo RCA input. The built-in FX processor gives you 25 effects presets including delays, reverbs, chorus, and more. The PMP550M gives you a ton of features you wouldn't expect at this price - in addition to the effects you also get a 2-band EQ on each channel, and a 7-band graphic EQ with FBQ feedback detection. If you want a powered mixer that makes a sonic impact, check out the Behringer PMP550M powered mixer with effects.