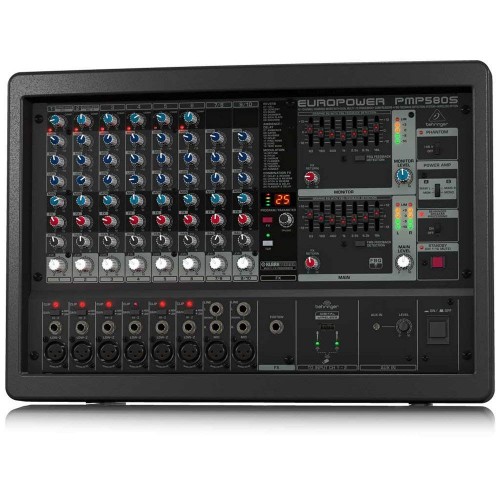 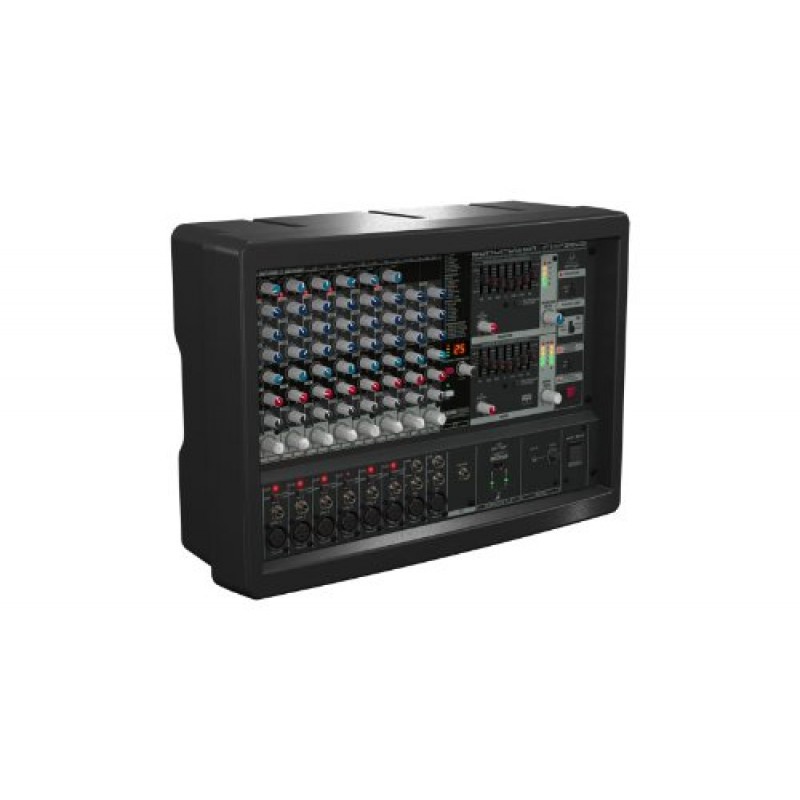 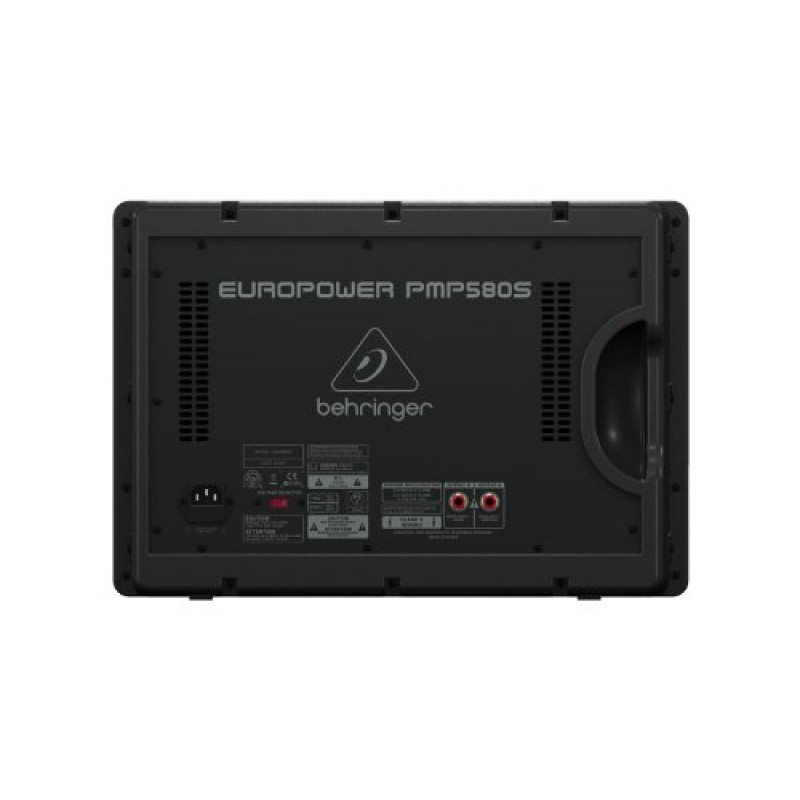 You're ready to run the show with the Behringer Europower PMP580S powered mixer with effects. This stereo 500 watt powered mixer gives you 10 channels with mic pres, and the last two channels also accept stereo line inputs. The built-in FX processor gives you 25 effects presets including delays, reverbs, chorus, and more. We've seen a lot of powered mixers at Sweetwater, and we're impressed with the PMP580S's feature set - in addition to the effects you also get a 3-band EQ on each channel, and a 7-band graphic EQ with FBQ feedback detection. If you want a powered mixer that makes a sonic impact, check out the Behringer PMP580S powered mixer with effects.